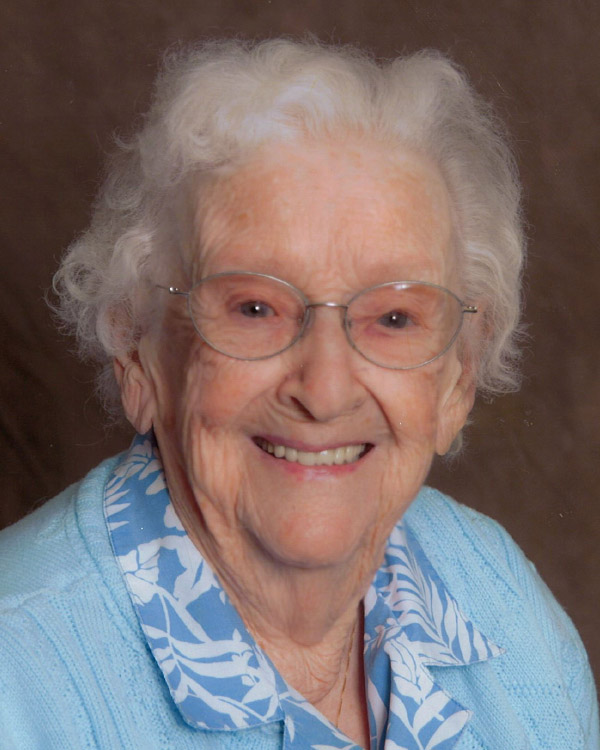 She was born October 14, 1918, in Wilcox, daughter of the late Anthony and Augusta Nelson Pedersen.  Annette was a lifelong resident of the area and was a graduate of Wilcox High School, Class of 1936.  She was a member of the Nazareth Lutheran Church in Wilcox and the Women of the ELCA.

In addition to her husband and parents, Annette was preceded in death by her son, Karl Dennis Anderson; her step-father, John Brechtel; and by two sisters: Harriet Brechtel and Barbara Veritz.  She was the last member of her immediate family.

Annette was a member of the Nazareth Lutheran Church in Wilcox as well as the Women of the ELCA.  When she lived in Wilcox, she enjoyed fishing in the stream behind her house.  Annette also enjoyed bird watching, tending to the flowers around her house, and Sunday meals with her family.

A Funeral Service will be held in the Lynch-Radkowski Funeral Home on Saturday, May 22, 2021, at 11:00 AM, with the Rev. Bruce Burkness officiating.  Burial will be in the Wilcox Cemetery.